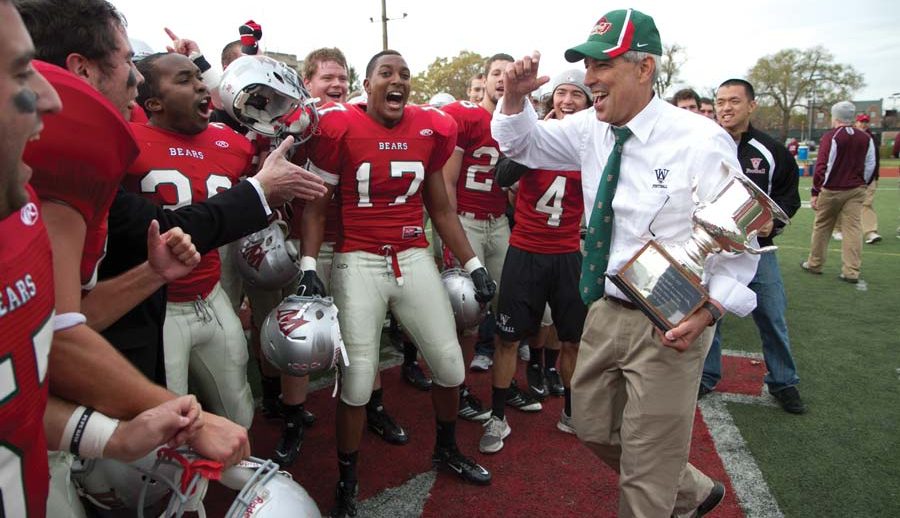 The Washington University Bears Elite Football Prospect Camp will run from the 10th of June until the 11th of June. It is going to take place at the leading-edge Francis Field which is on the Washington University campus in St. Louis, Missouri. This football prospect camp is open to all incoming high school sophomores, juniors, and seniors who aspire to play at the college level. Furthermore, the camp registration fee which includes two meals is $115 per player. Please note that this is a commuter camp and housing is not included.

Furthermore, this training program will be under the supervision of the Washington University Bears college football coaching staff. This event is the ideal venue to showcase exceptional football skills in front of the university’s recruiting staff.

About Washington University in St. Louis

Washington University, originally Eliot Seminary, is a private, coeducational, research university in St. Louis, Missouri. Its name is in honor of George Washington, the first president of the United States. Washington University comprises seven schools. They are the Arts and Sciences, the Brown School, the Olin Business School, the Sam Fox School of Design and Visual Arts, the School of Engineering and Applied Science, the School of Law, and the School of Medicine. Moreover, Washington University is 36th in the 2017 Forbes Magazine’s List of America’s Best Colleges. It is also 18th in National Universities and 22nd in Best Value Schools, of the 2018 edition of the U.S. News and World Report’s Best Colleges rankings. Currently, the university is serving around 7,600 undergraduate students and around 7,600 postgraduate students. In athletics, Washington University fields 17 men’s and women’s varsity teams in the University Athletic Association of the National Collegiate Athletic Association Division III. They are the Bears and their identity colors are red and green.

Larry Kindbom, a native of Lancaster, Pennsylvania is the head coach of the Washington University Bears football team. He is now in his 30th season at the helm of the university’s football program. Coach Larry Kindbom is a bachelor’s degree in political science and a minor in physical education graduate from Kalamazoo College. Meanwhile, he earned his master’s degree in physical education at Western Michigan University and his doctorate from Ohio State University. Ultimately, Coach Kindbom is the 2018 D3football.com North Region Coach of the Year. He is also the 2018 AFCA Region 4 Coach of the Year. He is now holding an overall coaching win-loss record of 213-146-1.