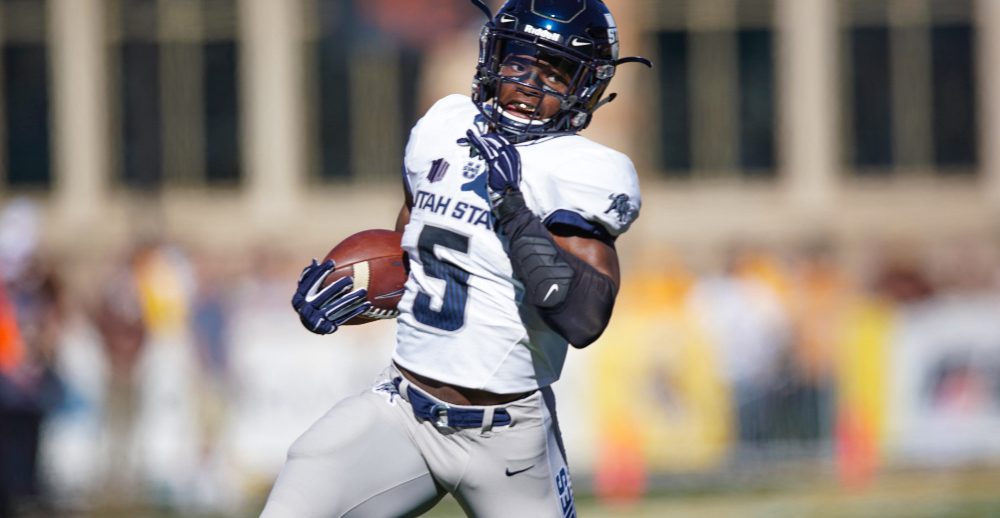 The Utah State University Aggies Youth Football Camp is a single-day football training program that will fall on the 16th of June. It is open to all boys who are looking to develop their offensive and defensive football skills. This training camp is going to take place at the state of the art Laub Complex which is on the Utah State University campus. Moreover, the camp registration fee which includes lunch and a camp t-shirt is $45 per player for online registrations and $55 per player for walk-up registrations. It will be a fun and challenging training experience.

This football camp is under the direction of the Utah State University Aggies college football coaching staff. Current players are also going to attend and help facilitate the event. The camp will also have Certified Athletic Trainers at all times. Available spots are limited so registration is first come first served.

Gary Andersen is the head coach of the Utah State University Aggies football team. The 2019 season is his return season at the helm of the university’s football program after leading the team in 2009 until 2012. Coach Gary Andersen is a bachelor’s degree in political science graduate the University of Utah. Ultimately, Coach Gary Andersen is the 2012 Western Athletic Conference Coach of the Year awardee.  This award comes after he led the Aggies to a Western Athletic Conference Championship. In 2014, Coach Andersen also led the University of Wisconsin to a Big Ten Conference West Division Championship.