The University of Texas Longhorns One-Day Football Camp will fall on the 4th of June. It is going to take place at the leading-edge Frank Denius Fields which is on the University of Texas Austin campus. This football mini camp is inviting all boys entering grade 9 to grade 12 who desire to play at the college level. Those in junior college are also eligible to join. Furthermore, the program emphasizes the development of individual skills and fundamental techniques. The camp registration fee which includes a free meal is $40 per camper. It will be a physically demanding but fun experience.

Moreover, this football training program will be under the supervision of the University of Texas Longhorns college football coaching staff. Coaches from other top colleges and universities are also going to attend to help facilitate the program.

It is important to note that this is a non-contact training camp so football pads are not needed.

About the University of Texas Austin

Tom Herman, from Simi Valley, California is the head coach of the University of Texas Longhorns football team. The 2019 season will be his third season at the helm of the Longhorns football program. Coach Tom Herman is a bachelor’s degree in business administration graduate from California Lutheran. Meanwhile, he completed his master’s degree in education at the University of Texas. Additionally, Coach Tom Herman is a Football Writers Association of America’s First-Year Coach of the Year awardee. He is also an American Athletic Conference’s Co-Coach of the Year awardee. Coach Herman is now holding an overall coaching win-loss record of 39-14. 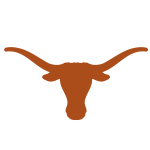