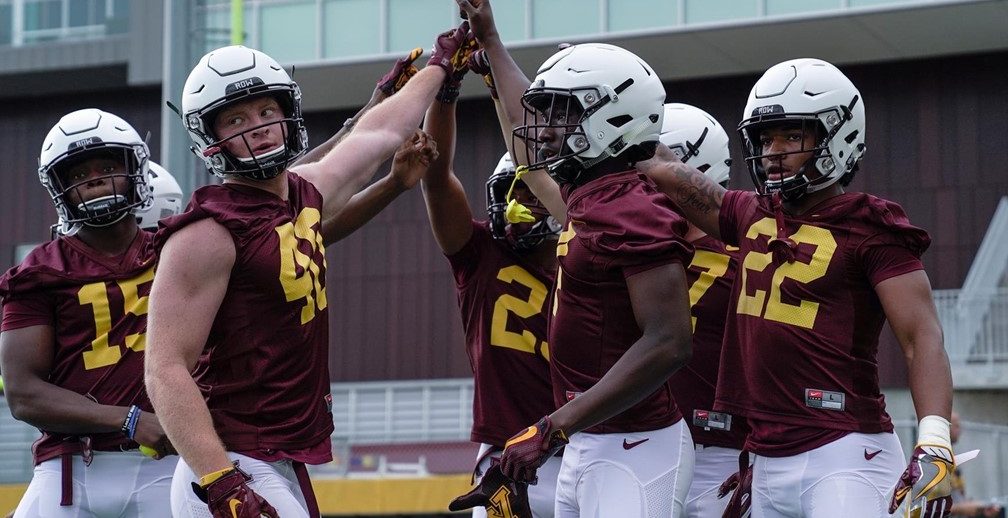 The University of Minnesota Golden Gophers Big Man Football Camp is open to all boys entering grade 9 up to grade 12. This is a single-day event that will run from 5:15 PM until 8:30 PM on the 2nd of June. It is going to take place at the leading-edge Larson Football Performance Center (Indoor Complex). Furthermore, This high-level football camp provides the ideal venue for exceptional football players to showcase their skills in front of the university’s recruiting staff. The camp registration fee is $60 per player. Registration is first come first served.

In addition, this event is under the supervision of the University of Minnesota Golden Gophers college football coaching staff and current players. The training program is open for viewing for parents and family.

About the University of Minnesota, Twin Cities

P.J. Fleck, a native of Sugar Grove, Illinois is the head coach of the University of Minnesota Golden Gophers college football team. He is now entering his second season at the helm of the Gophers football program. Coach P.J. Fleck is a bachelor’s degree in elementary education graduate from Northern Illinois University. Ultimately, Coach P.J. Fleck is the 2016 MAC Coach of the Year awardee. This award comes after he led the Western Michigan Broncos to a MAC Championship. Coach Fleck is also the 2014 MAC Coach of the Year.

Then, the Golden Gophers assistant head coach is Kenni Burns. He is working primarily as the team’s running backs coach. Coach Kenni Burns, a native of Springfield, Illinois is also in his second season with the Golden Gophers coaching staff. Additionally, Coach Burns is a bachelor’s degree in general studies graduate from Indiana University. Prior to Minnesota, Coach Kenni Burns was a running backs coach at Western Michigan.

Service Type
College Football Camp
Provider Name
University of Minnesota Twin Cities,55108,
Area
Falcon Heights, MN
Description
The University of Minnesota Golden Gophers Big Man Football Camp is inviting all boys in grade 9 up to grade 12 who are aspiring to play football at the college level. It is going to take place at the state-of-the-art Larson Football Performance Center (Indoor Complex). The training program will be held on the 2nd of June.