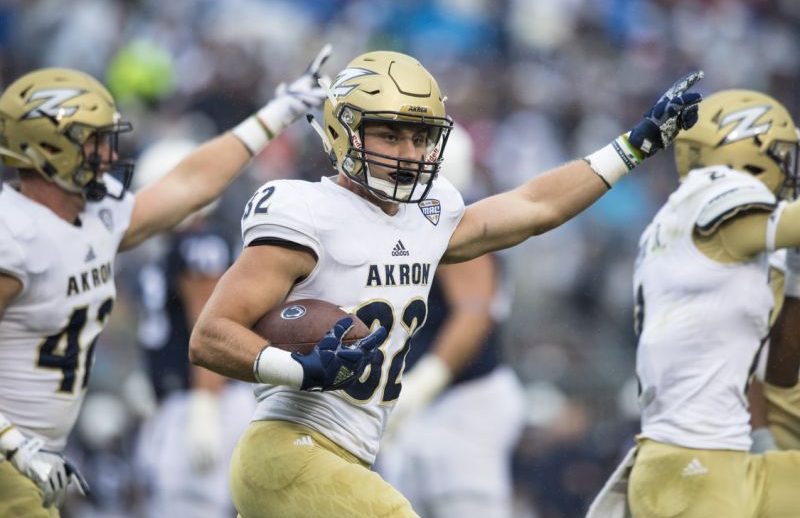 The University of Akron Zips One-Day Football Prospect Camp is going to mirror a real college training environment. It will provide both technical and tactical development training sessions. There will also be competitive games. In addition, this football prospect camp is an opportunity for the players to train under experienced college coaches. It is also a venue in which exceptional players can showcase their skills. Moreover, this football camp is a single-day event that will run from 5:00 PM until 8:00 PM on the 5th of June. It is open for all boys in grade 9 up to grade 12. The camp registration fee is $40 per player. Registration is on a first come first served basis.

About the University of Akron

The University of Akron, originally Buchtel College, is a public, coeducational, research university in Akron, Ohio. It is a member of the University System of Ohio. The university is also an affiliation of the Association of Public and Land-Grant Universities (APLU). It is also part of the American Association of State Colleges and Universities (AASCU). The University of Akron is among the top-performing academic institutions of the nation. As a matter of fact, it is 231st to 300th in the National Universities of the 208 edition of the US News and World Reports Best Colleges rankings. It is also 249th in the Business Programs rankings and 162nd in the Engineering Programs rankings. Currently, the University of Akron is serving around 17,400 undergraduate students. This undergraduate student population comprises 54 percent male students and 46 percent female students. This undergraduate student population is also through a selective enrollment acceptance rate of 96 percent. Correspondingly, the University of Akron’s student to faculty ratio is 17:1. In sports, the university features 17 intercollegiate men’s and women’s college teams. They are competing in the Mid-American Conference (MAC) of the National Collegiate Athletic Association (NCAA) Division I. Their nickname is Zips. And, their identity colors are blue and gold.