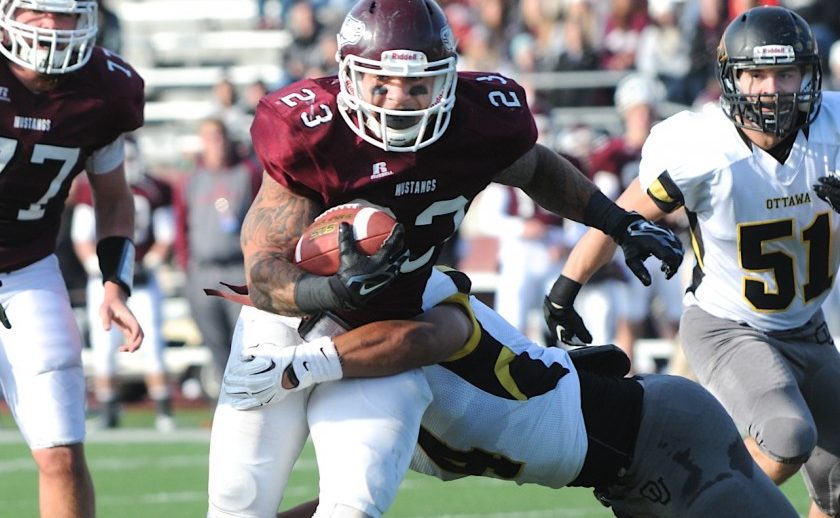 Join the Morningside College Mustangs High School Skills Football Camp. It is a single-day event that will fall on the first of July. The program is set to start at 1:00 PM with registration starting at 12:15 PM. This football camp is open to all boys entering grade 9 up to grade 12. It is going to take place in the state of the art Elwood Olsen Stadium which is in the Morningside College campus. In addition, the training program includes the 40-yard dash, Pro-Agility, and Broad Jump. The camp pre-registration fee is $50 per camper while the walk-up registration fee is $60 per camper. Registration is on a first come first served basis.

Furthermore, this training program will be under the direction of the Morningside College Mustangs college football coaching staff. Current and former Mustangs football players are also going to attend and help facilitate the program.

Morningside College is a private, coeducational, liberal arts college in Sioux City, Iowa. It is an affiliation of the United Methodist Church. It is also a member of the International Association of Methodist-related Schools, Colleges, and Universities (IAMSCU). The institution is using a semester-based academic calendar and it is offering more than 65 majors and pre-professional programs. Moreover, Morningside College has an accreditation from the Higher Learning Commission. Its programs have also their respective accreditations from the Iowa Department of Education, the Commission on Collegiate Nursing Education, and the National Association of Schools of Music. Additionally, Morningside College is 54th in Regional Universities Midwest category of the 2018 edition of the US News and World Reports Best Colleges rankings. It is also 24th in Best Colleges for Veterans rankings and 74th in Best Value Schools rankings. Currently, Morningside College is serving more than 1,300 undergraduate students. 47 percent of this undergraduate student population are male students and 53 percent are female students. This undergraduate student population is also through a selective enrollment acceptance rate of 55 percent. Correspondingly, the college’s student to faculty ratio is 14:1. In sports, Morningside College features 20 men’s and women’s teams. These teams are participating in the Great Plains Athletic Conference (GPAC) of the National Association of Intercollegiate Athletics (NAIA). The athletes’ nickname is Mustangs while their identity colors maroon and white.

Leading the Morningside College Mustangs college football team is head coach Steve Ryan from Sioux City, Iowa. Coach Steve Ryan is now in his 19th year at the helm of the Morningside Mustangs football program. He is a bachelor’s degree graduate from Wheaton College. Meanwhile, he earned his master’s degree at National-Louis University. Ultimately, Coach Ryan is a two-time NAIA/American Football Coaches Association National Coach of the Year. He is also a seven-time GPAC Coach of the Year.