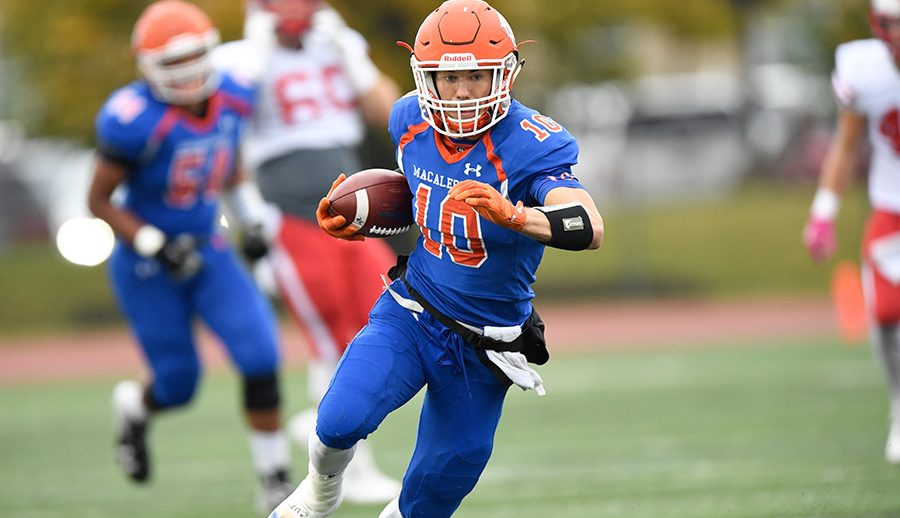 The Macalester College One-Day Elite Football Prospect Camp will run from 2:00 PM until 8:30 PM on the 20th of July. It is inviting all junior and senior high school boys who aspire to become a college football student-athlete. This event is an opportunity to showcase exceptional football skills and become a part of the Macalester College football team. Furthermore, this football prospect camp will cover both the offensive and defensive facets of the game. There will also be a college recruiting seminar and a campus tour. In addition, this camp is going to take place at the top-notch Macalester College Turf Game Field. The camp registration fee which includes a camp t-shirt is $55 per player.

Furthermore, this training program will be under the supervision of the Macalester College football coaching staff. Current and former football players are also going to attend and help facilitate the program.

Macalester College is a private, coeducational, liberal arts college in Saint Paul, Minnesota. The institution has a Presbyterian affiliation. In addition, its name is in honor of Charles Macalester, a prominent 19th-century businessman, and philanthropist. Furthermore, Macalester College is 24th in the National Liberal Arts Colleges rankings. It is also 21st in the Best Value Schools rankings. It is also 68th in the 2017 edition of Forbes Magazine’s List of America’s Best Colleges rankings. Currently, the total undergraduate students’ population is 2,172. The student to faculty ratio is 10:1. Macalester College fields 19 intercollegiate sports teams. Their nickname is simply Mac. They are participating in the Minnesota Intercollegiate Athletic Conference of the National Collegiate Athletic Association Division 3. Blue and orange are the institution’s official colors. In addition, the college is spearheaded by college president Brian Rosenberg, PhD.

Leading the Macalester College football team is head coach Tony Jennison. He is now entering his 12th season at the helm of the college’s football program. Coach Tony Jennison is a bachelor’s degree in secondary education with a concentration in coaching graduate from the University of Wisconsin – La Crosse. Meanwhile, he earned his master’s degree in Special Education at the University of Wisconsin – Eau Claire. Ultimately, Coach Tony Jennison is the 2014 Midwest Conference North Division Coach of the Year awardee. He is also the 2014 American Football Coaches Association NCAA DIII Region 5 Coach of the Year.