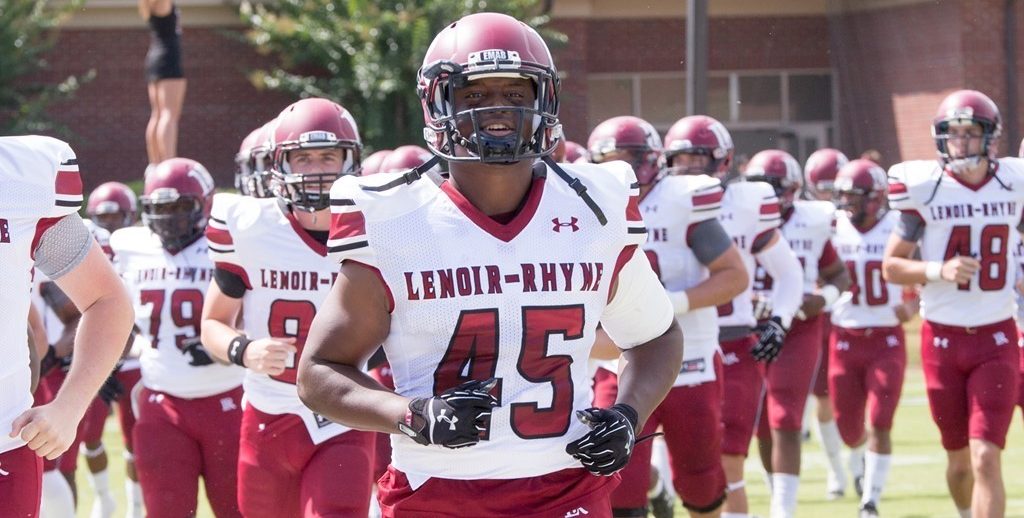 Join the Lenoir-Rhyne University Bears Football Prospect Camp. It is a single-day high-level football training program that will fall on the 9th of June. The football prospect camp is set to start at 1:00 PM and end at 4:00 PM. This training program is open to all and any boys in grade 9 up to grade 12. It is especially for players who are serious about playing football at the college level. Furthermore, this football camp is going to take place at the scenic Lenoir-Rhyne University campus which is in Hickory, North Carolina. The training program will cover individual and position-specific skills development drills. The camp pre-registration fee is $50 per player. Walk-up registration fee is $60 per player.

Furthermore, this training program will be under the supervision of the Lenoir-Rhyne University Bears Football Prospect Camp college football coaching staff. Current and former Bears football players are also going to attend and help facilitate the program.

Lenoir-Rhyne University is a private, coeducational, liberal arts university in Hickory, North Carolina. It is an affiliation of the North Carolina Synod of the Evangelical Lutheran Church in America. The university’s name is in honor of both Captain Walter Lenoir and Daniel E. Rhyne. In addition, the university as a whole has accreditation from the Southern Association of Colleges and Schools. It is a top-tier educational institution which is 61st in Regional Universities South of the most recent Best Colleges rankings. It is also 36th in the Best Colleges for Veterans rankings. Currently, the university’s student population is around 2,300. This is through an acceptance rate of 70 percent while its student to faculty ratio is 13:1. The university is spearheaded by university president Dr. Frederick (Fred) K. Whitt. In sports, Lenoir-Rhyne University is participating in the South Atlantic Conference of NCAA Division II as the Bears. In addition, the Lenoir–Rhyne Bears football team has already won one claimed national title. The team also has already 21 conference titles. It is now holding an all-time win-loss record of 501–457–34.

Leading the Lenoir-Rhyne University Bears college football team is head coach Drew Cronic, a native of Sharpsburg, Georgia. Coach Drew Cronic is now entering his second year at the helm of the Lenoir-Rhyne Bears football program. He is a bachelor’s degree in mathematics education graduate from the University of Georgia. Meanwhile, he earned his master’s degree in educational leadership at the University of West Georgia. Ultimately, Coach Drew Cronic is the 2018 AFCA National Coach of the Year. This award comes after he led the Bears to a 12-win season, the second highest in program history.