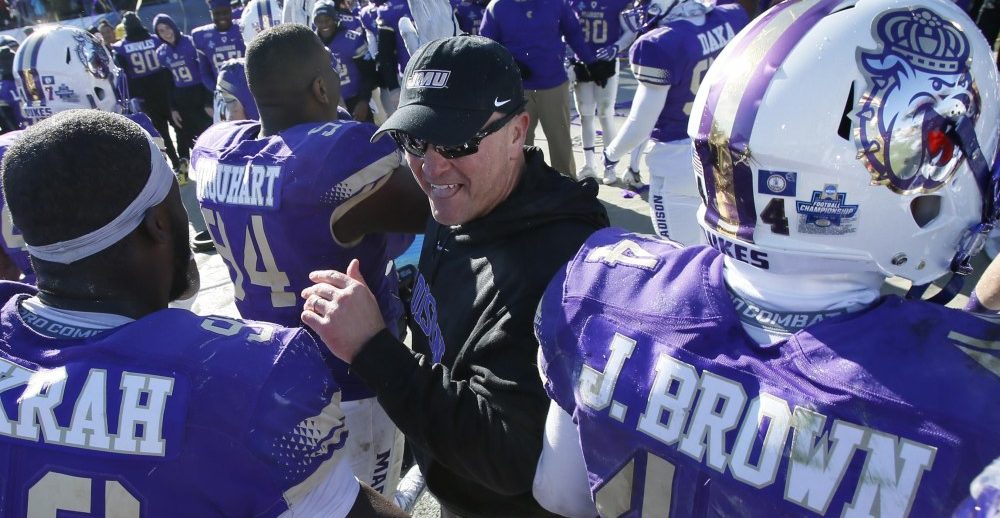 Join the James Madison University Dukes Football Prospect Camp for a top-notch collegiate-like football training environment. It is a single-day event that will run from 11:00 AM until 3:00 PM on the 14th of June. This football prospect camp is going to take place at the state of the art Bridgeforth Stadium which is on the James Madison University campus. The program is open to all and any boys in the entering grade 9 through grade 12. Furthermore, the training program includes individual skills development sessions and competitions. This is the ideal venue for those who are aspiring to play at the college level to showcase their excellent skills.

James Madison University is a public, coeducational university in Harrisonburg, Virginia. Its former name is Madison College. It is offering 133 fields of study including 77 undergraduate and 46 master’s degrees. The university has an accreditation from the Southern Association of Colleges and Schools. Furthermore, James Madison University is 7th in Regional Universities South, 2018 edition of US News and World Reports Best Colleges rankings. It is also 55th in the Best Value Schools rankings. Currently, its undergraduate student population is around 19,200 and its postgraduate student population is around 1,900. The university’s undergraduate student population is with a 41 percent male and 59 percent female students gender distribution. The university’s student to faculty ratio is 16:1 while the acceptance rate is 72 percent. Moreover, James Madison University fields 17 intercollegiate men’s and women’s sports teams. They are participating in the Colonial Athletic Association of the National Collegiate Athletic Association Division I. They call themselves the Dukes and purple and gold are their identity colors. Additionally, the James Madison Dukes football team has already two claimed national titles ((2004, 2016). The team also has seven conference titles.