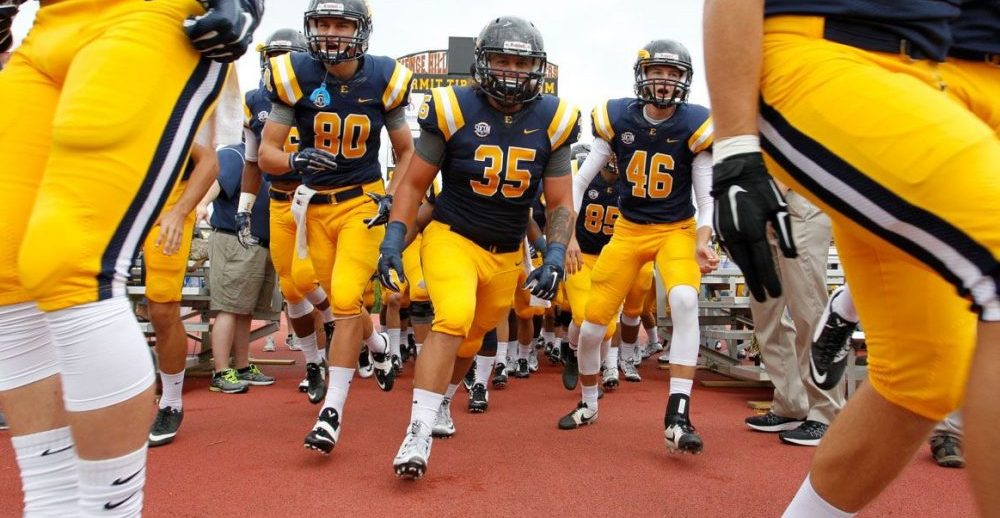 Come and join the East Tennessee State University Buccaneers Friday Night Lights Football Camp. It is going to run from 5:00 PM until 8:00 PM on the 14th of June. The program will take place at the ETSU Athletics Center (Mini Dome) & William B. Greene, Jr. Stadium, both leading-edge football facilities. This single-day football camp is open to all boys entering grade 9 up to grade 12. It will provide exceptional players with an opportunity to display their skills in front of the university’s recruiting staff. The camp registration cost is $40 per player.

This football training program is under the supervision of the East Tennessee State University Buccaneers college football coaching staff. Furthermore, all the training instructions and groupings are in accordance with the participant’s age and skill level.

Randy Sanders, a native of Morristown, Tennessee is the head coach of the East Tennessee State University Buccaneers football team. He is now entering his second year at the helm of the university’s football program. Additionally, Coach Randy Sanders is an alumnus of the University of Tennessee. Prior to the head coaching role, Coach Sanders was an offensive coordinator at Florida State. He is also a former offensive coordinator at Tennessee and Kentucky.