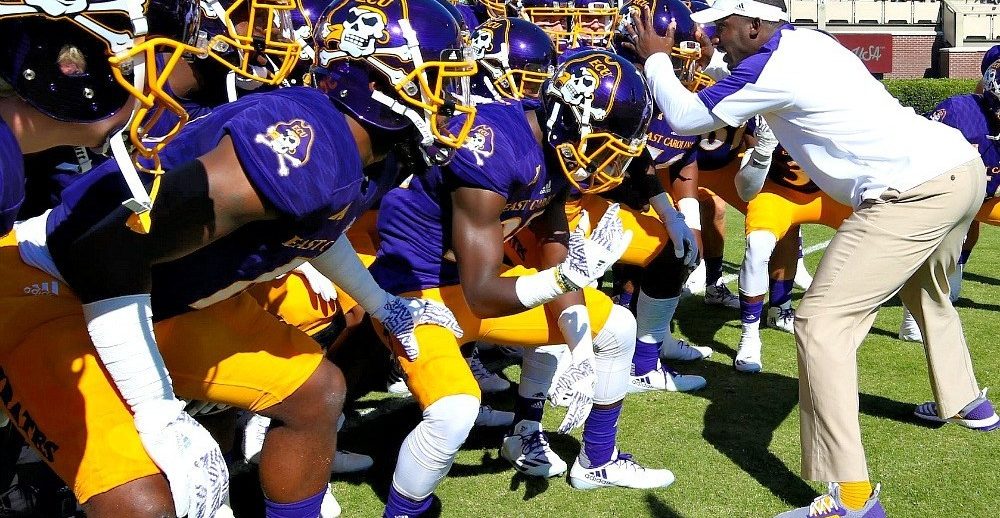 The East Carolina University Pirates Football Prospect Camp aims at developing the participant’s overall football skills. It is inviting all boys in high school and junior college who are aspiring to become a college football student-athlete. Moreover, this football prospect camp will fall on the 2nd of June. Its daily schedule is set to start at 1:00 PM and end at 4:00 PM. This advanced-level training program is going to take place at the beautiful East Carolina University campus. The camp registration fee is $40 per player for online registrations and $60 per player for walk-up registrations.

Furthermore, this training program will be under the supervision of the East Carolina University Pirates college football coaching staff. Current and former Pirates football players are also going to attend and help facilitate the program.

The head coach of the East Carolina University Pirates football team is Mike Houston, a native of Franklin, North Carolina. The 2019 season will be his inaugural season at the helm of the Pirates football program. Coach Mike Houston is a bachelor’s degree in biology graduate from Mars Hill University. Ultimately, Coach Mark Houston is an inductee into the Franklin High School Athletic Hall of Fame. He is also the 2016 CAA Coach of the Year and the 2013 Don Hansen Super Region II Coach of the Year.